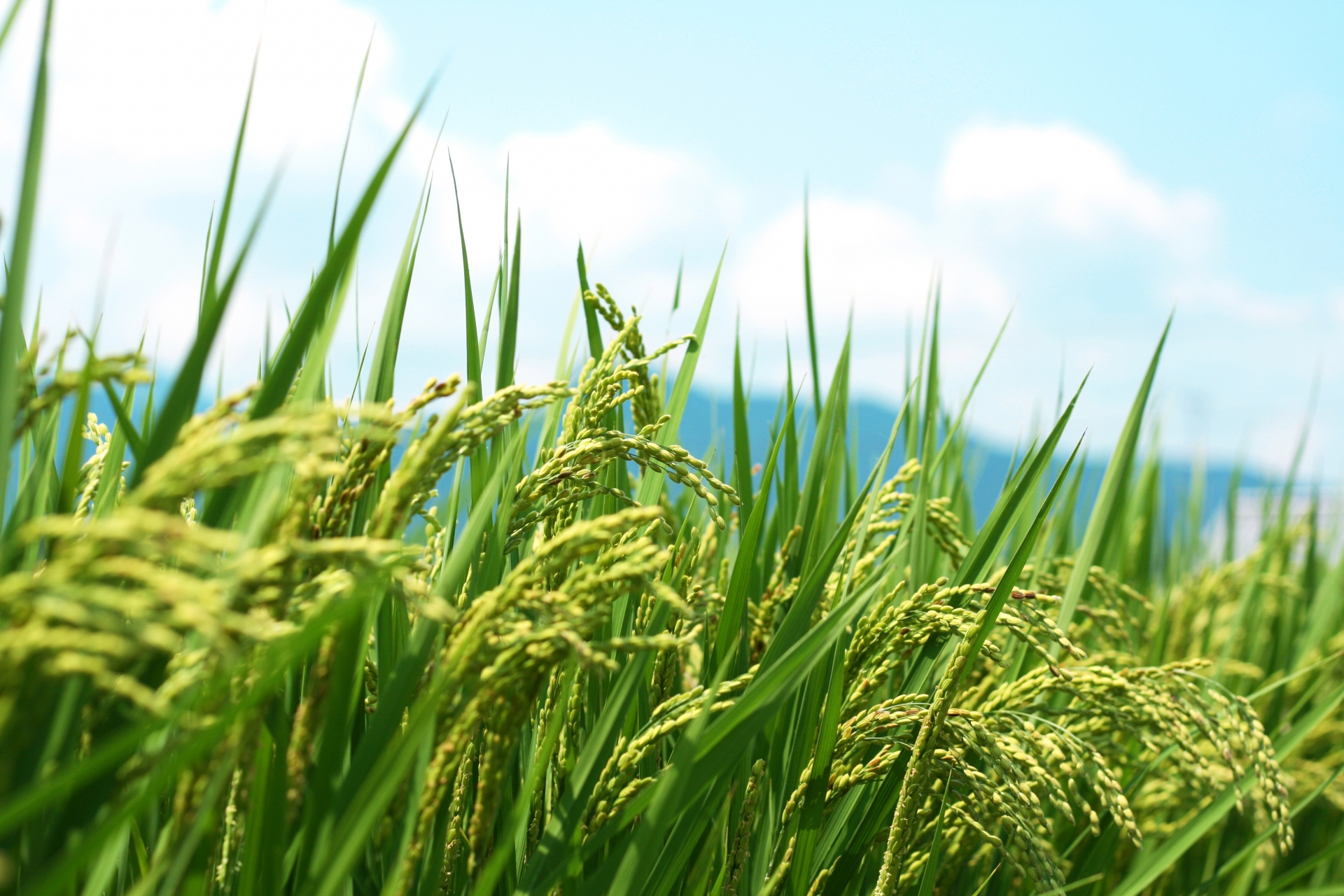 Since ancient times, Japan was known as the country of “Toyoashihara no Mizuho”, that is, a country blessed with abundant water, where rice grows wonderfully. For the Japanese, rice is not only a staple food, but also an offering that connects them to the deities. It is said that the history of rice culture in Mie goes so much back intime that some 2000 years ago, the former member of the imperial family “Yamatohime no Mikoto” established the “shinden” (the operational costs) of the Ise Jingu Shrine.
No less than 1,500 festivals are held every year in Ise Jingu with the aim of praying for the peace of the whole people by offering prayers for the benefits of nature, including the culture of rice. The rice that is offered at festivals is grown in the pure waters of Mie. The new rice of the current year is dedicated during the “Kanname-sai” festival. The Japanese express their gratitude to the blessings of heaven by offering rice to the deities in such a way.

Water: a bridge between past and present 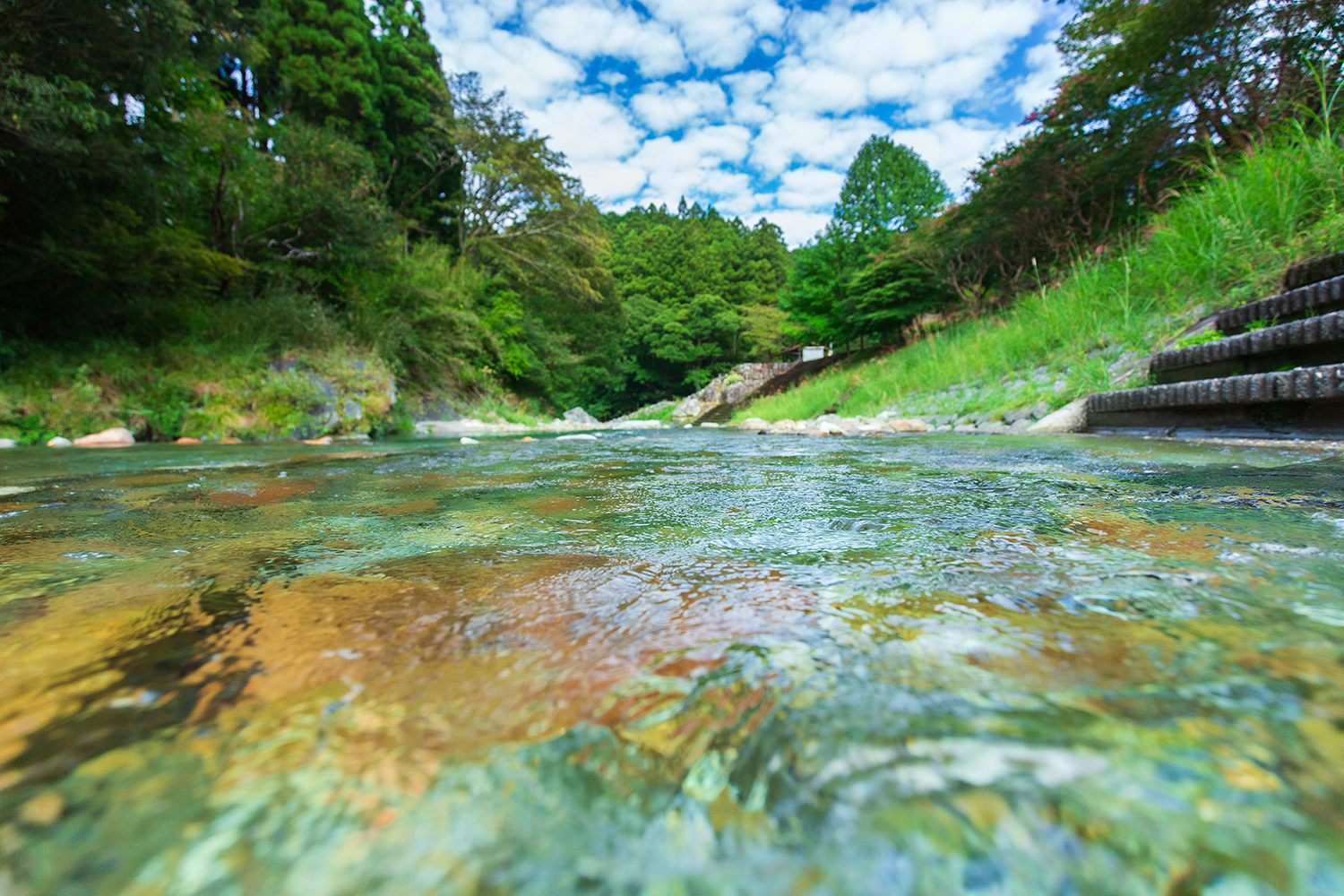 The rivers that flow through Mie Prefecture originate in the majestic Kii and Suzuka mountain ranges. The rainwater that pours over the forests flows into these rivers that become larger rivers flowing into the Pacific Ocean. This water evaporates to form clouds that return to hover over the forests. Since the birth of the Earth, the amount of water that circulates within this cycle has not changed; this water cycle still brings us its benefits today.
The rain flows into the ocean in the form of rivers, feeds the algae and thus contributes to the seafood diversity, such as lobsters and abalone. Its rivers flow through the Ise Plain in abundance, providing it with crystal clear water. This serves as the basic element of sake making. Rainwater turns into rivers that feed rice, another founding element of sake, a drink that is part of the eternal and natural, almost divine, cycle of water. The sea, rice, and deities: here are the 3 elements related to sake. It is in the light of this ancient perpetual cycle that the inhabitants of Mie call the water that waters their land “Celestial water”. 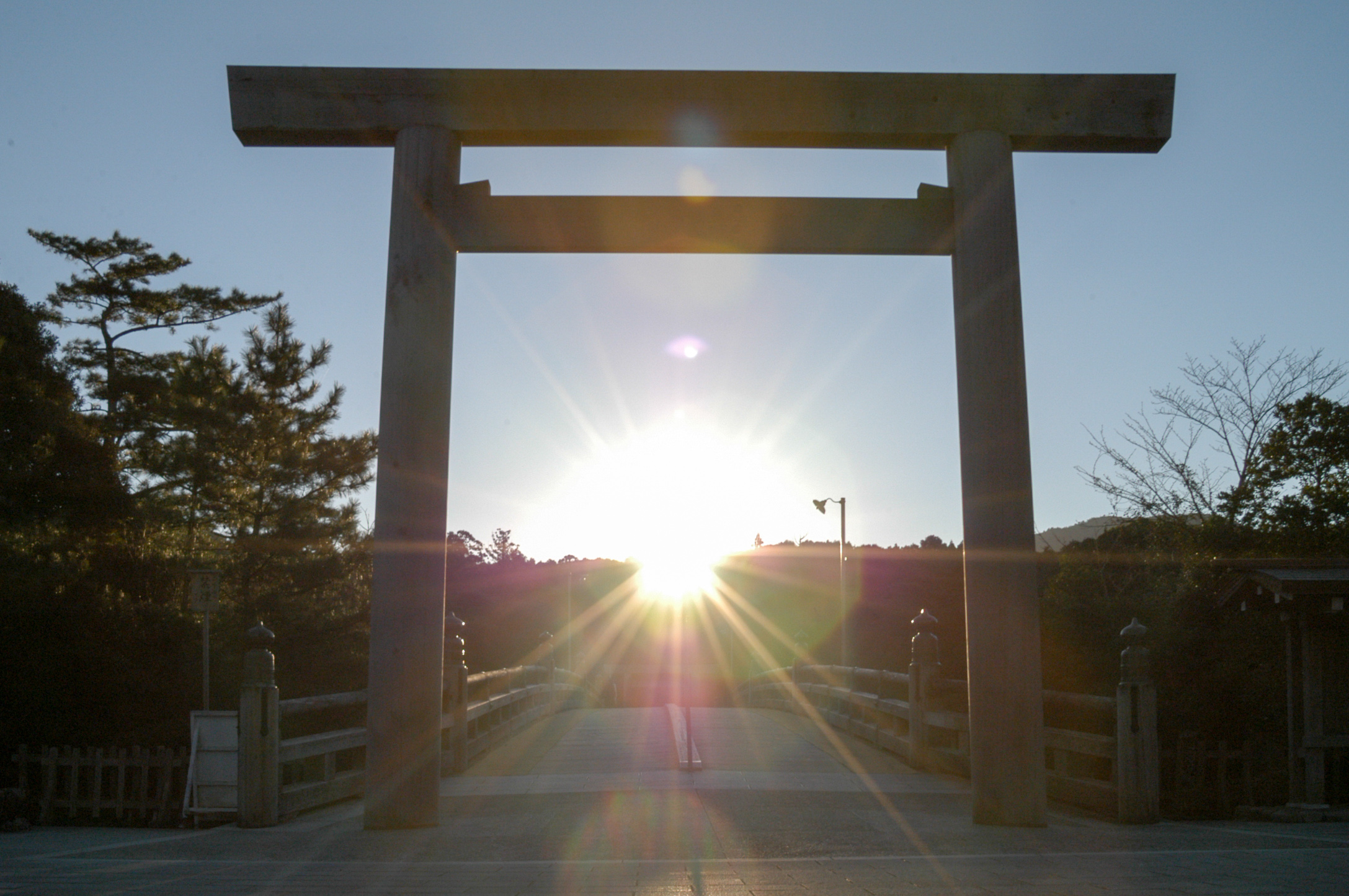 The shrine of Ise Jingu is the origin of the name “jingu” to designate a shrine, thus overarching all other shrines including the term “jingu” in their name. Ise Jingu includes 125 small shrines and temples, including the “Kotaijingu (Naiku)”, dedicated to Amaterasu Omikami, and the “Toyo’ukedaijingu (Geku)”, dedicated to Toyo’uke no Omikami. The area of Ise Jingu is roughly equivalent to that of the city centre in Paris, most of it consisting of forests. Many festivals are held here every year to pray for the prosperity of the Japanese imperial family, world peace and a good agricultural harvest.
The biggest festival of the year is the “Shikinen Sengu” which is held every 20 years, when the buildings of the shrine are rebuilt. This ritual has been repeated already for 1300 years and it is of great importance because the buildings of the sanctuary are renewed using the same techniques and materials that have been used since the foundation of the sanctuary. A real transfer of traditions and spirituality.

A preserved tradition: the brewing of Mie’s sake between wisdom and know-how 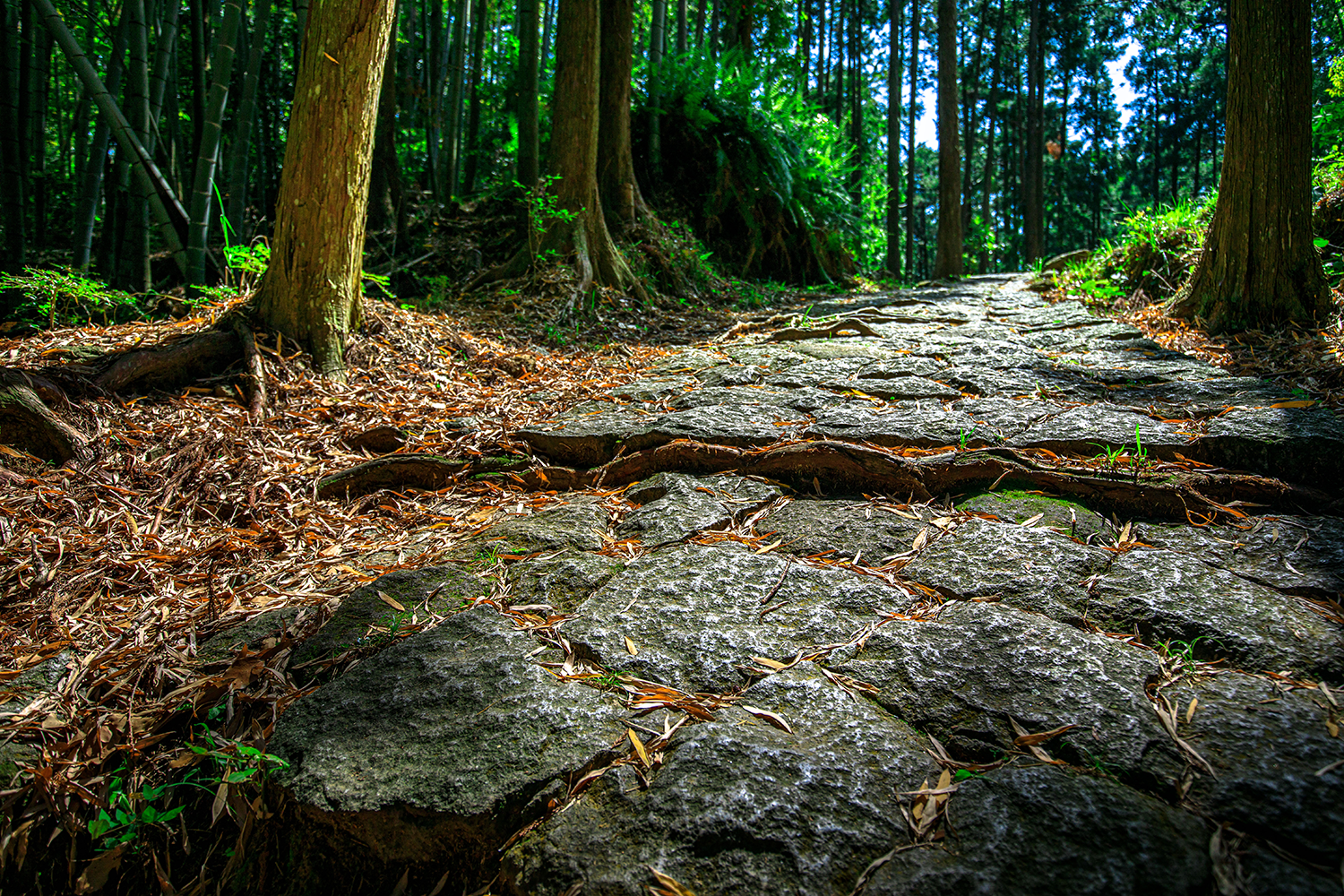 Mie Prefecture is located at the crossroads of the Tokaido, Kumano and Ise Jingu Shrine roads, which allowed many visitors from all over Japan to come together. It was therefore a place where information of all sorts, local cultures such as culinary and artistic art, as well as the latest production techniques intersected. And the sake was there to soothe the accumulated fatigue of these travelers.
Sake breweries in Mie Prefecture have a long history of traditional sake brewing. These brewers are grateful for the raw materials nurtured by the natural cycle and dedicate all their skills and passion to give back by passing on their know-how to future generations. The Ise Jingu shrine is the symbol of this ancient society based on respect towards the natural cycle. Indeed, since ancient times, in a purely “Tokowaka” spirit, the Ise Jingu shrine has been rebuilt every 20 years. “Maintaining tradition by renewing it” is indeed the philosophy found in the brewing of sake by certainly evolving its taste, but always with gratitude and sincerity. 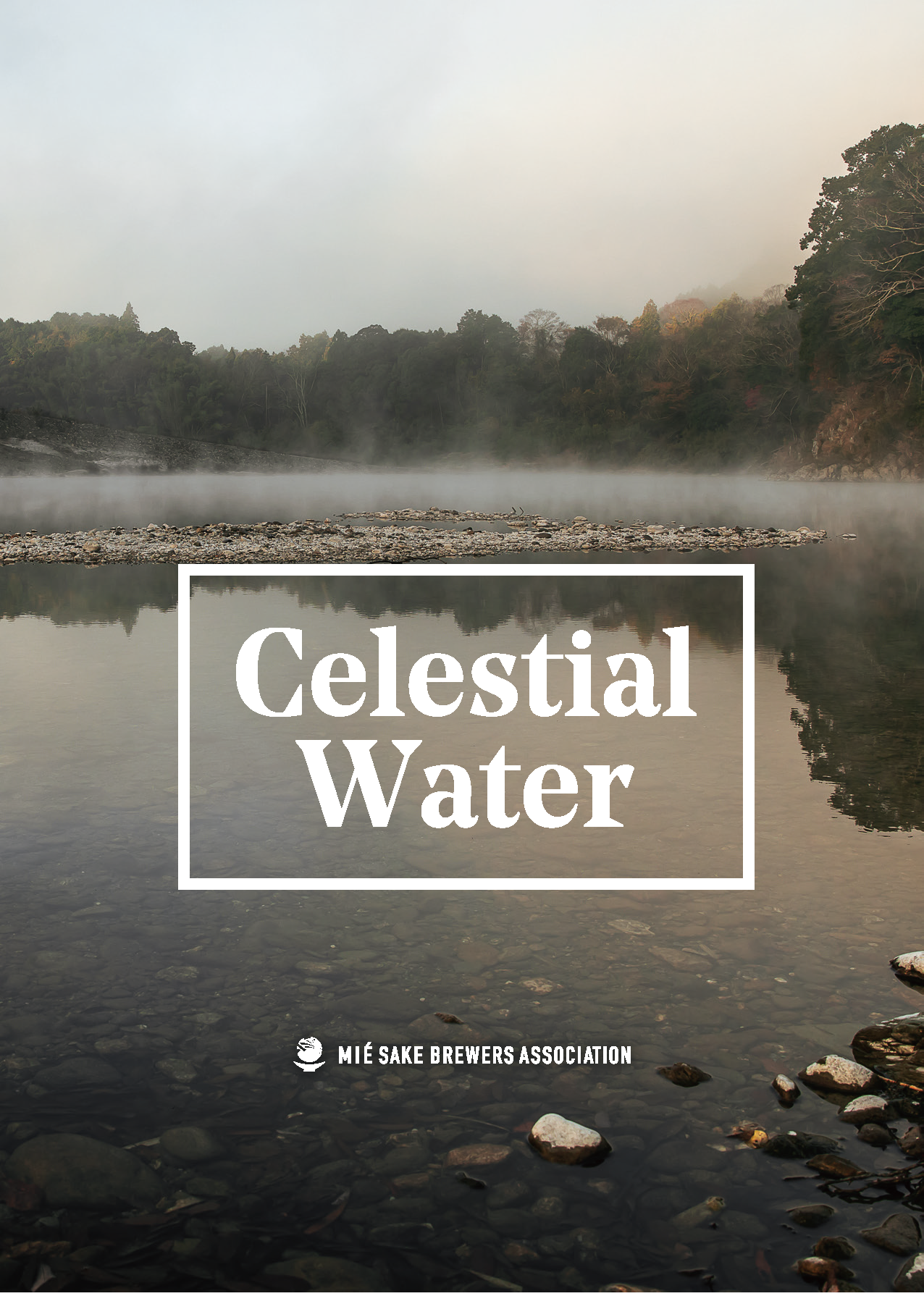 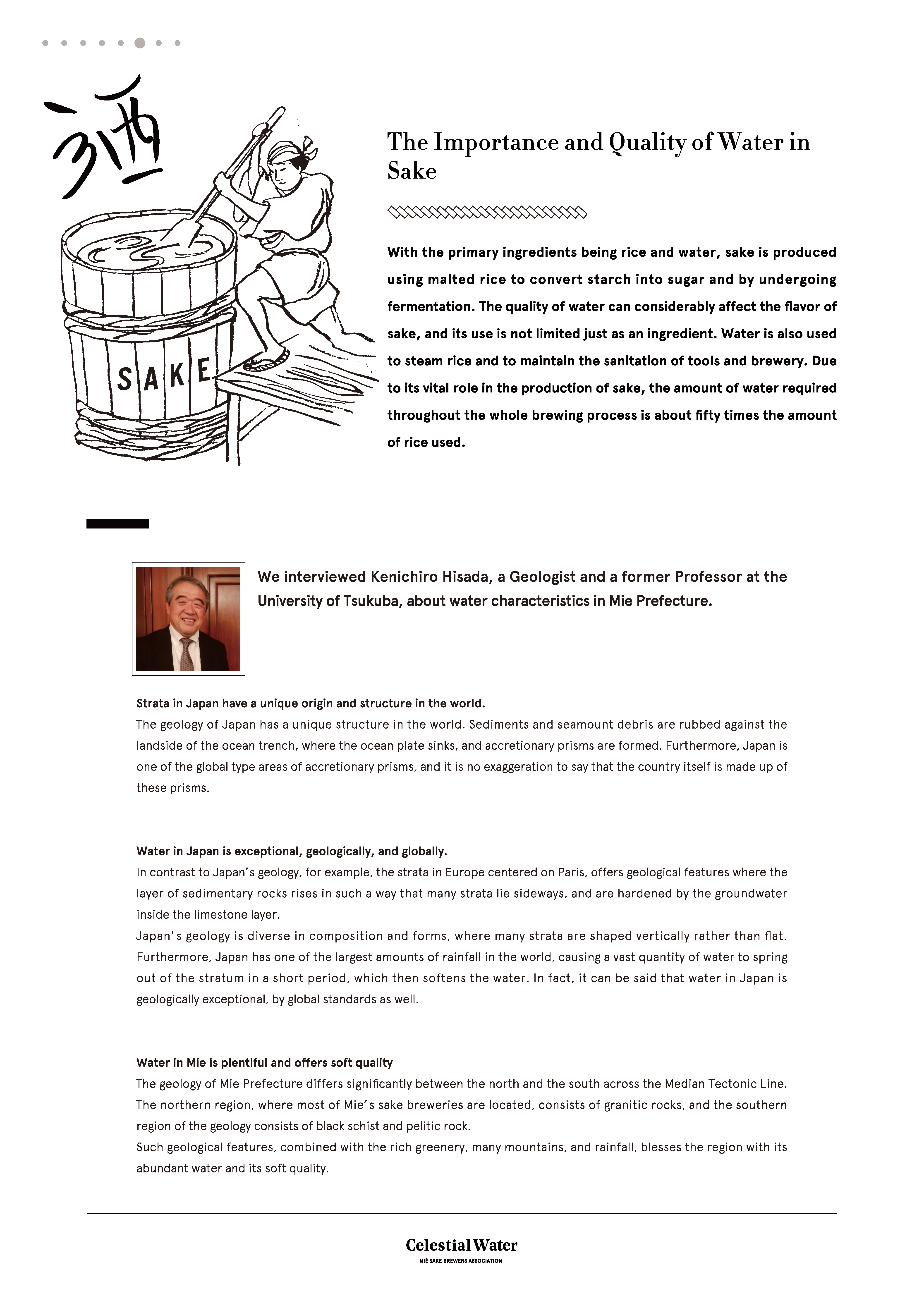